An ode to 430.407.09 cm² of world; a publication to honor the Dutch hand painted backdrops that were made for feature films, television and theater productions to suggest an existing space. An ode to a vanishing craft that in an analogous way tried to imitate reality.

Normally the backdrops were chosen to support the fictional scenario, but in this project Rianne let the land- and cityscapes on the backdrops to be the star of the show and allow them to be the narrative inspiration to new contemporary stories written by both young and experienced (screenplay) writers. 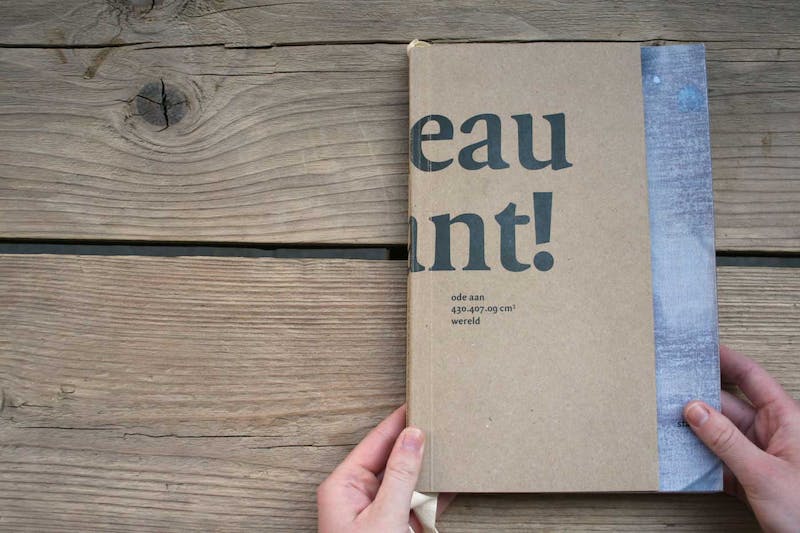 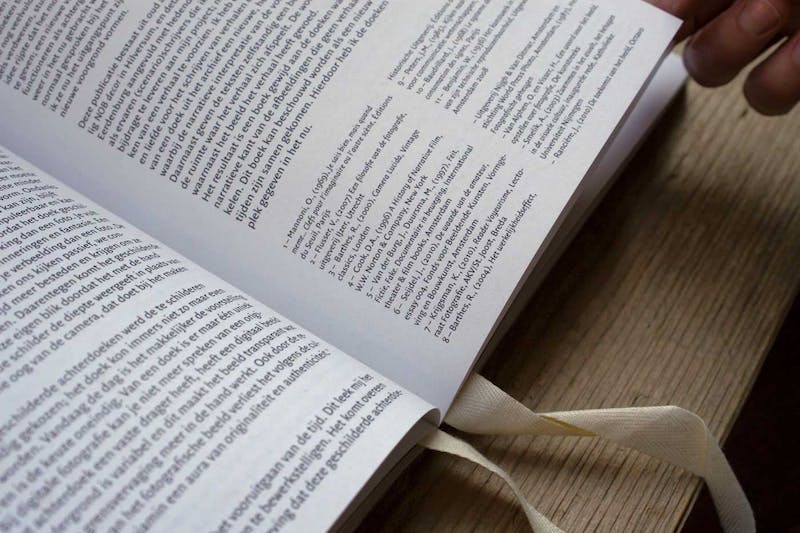 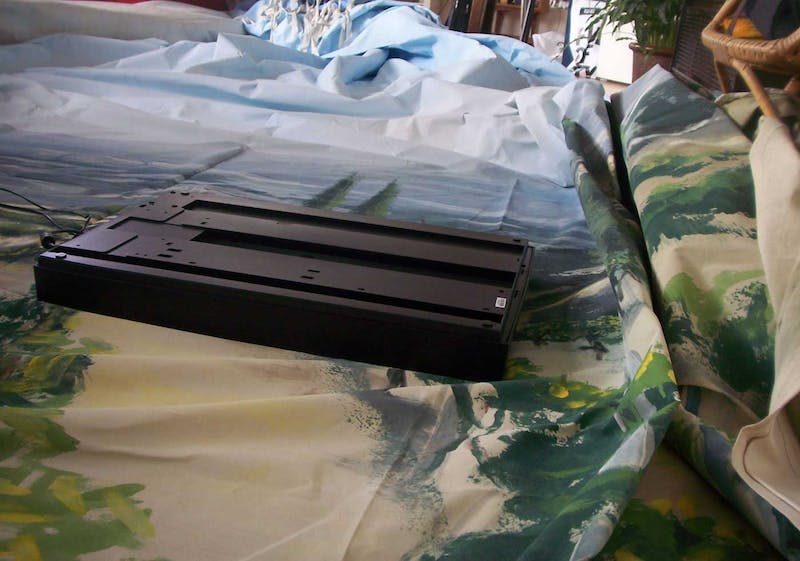 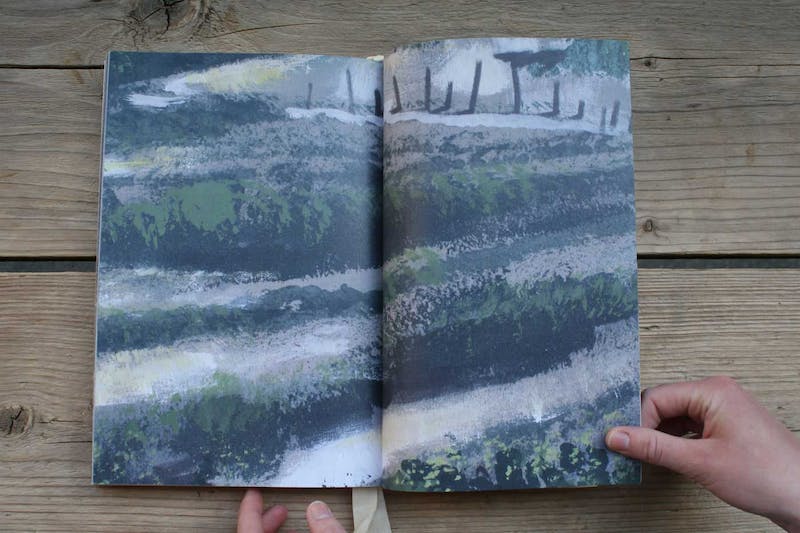 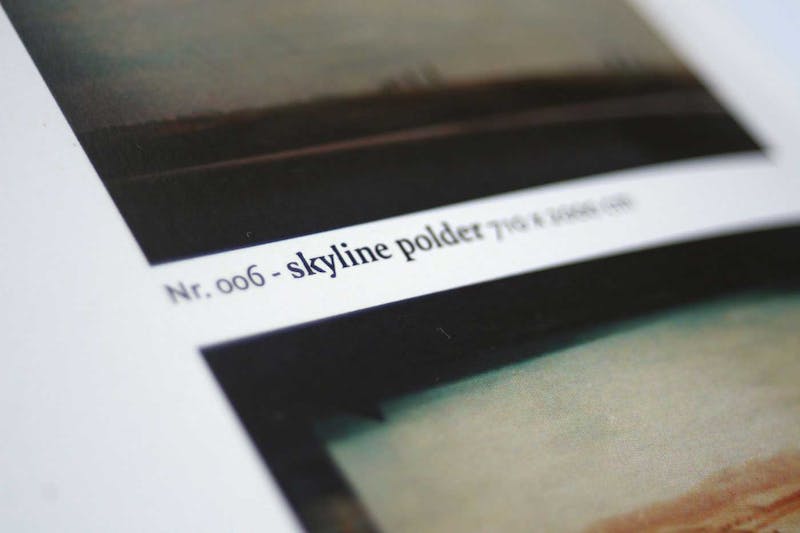 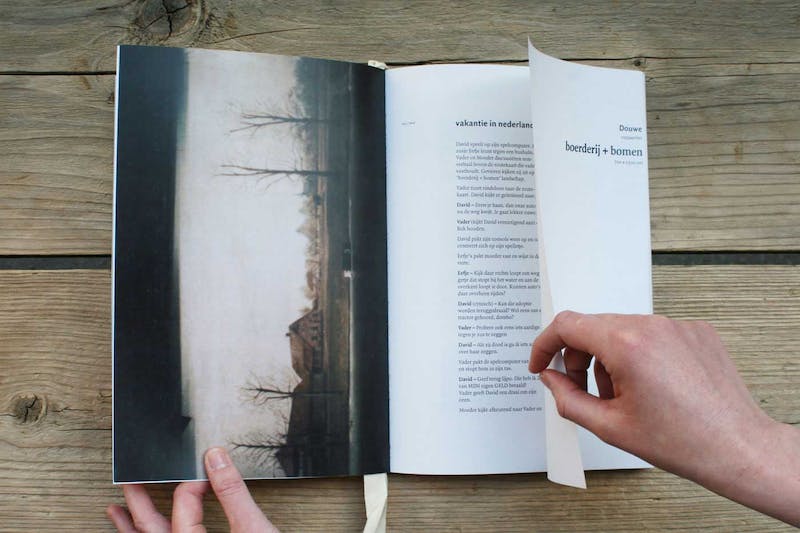 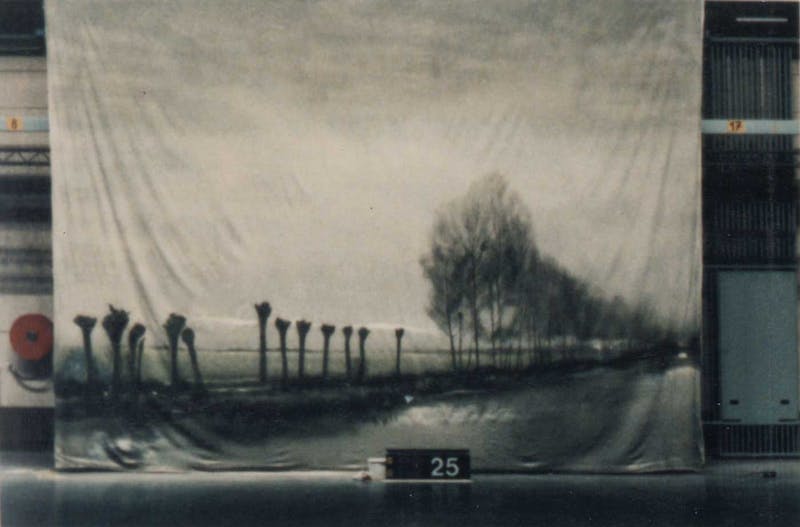 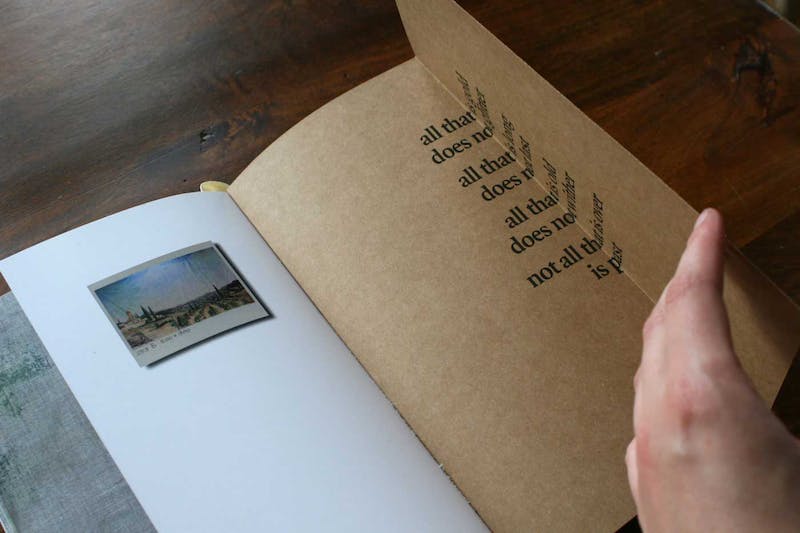 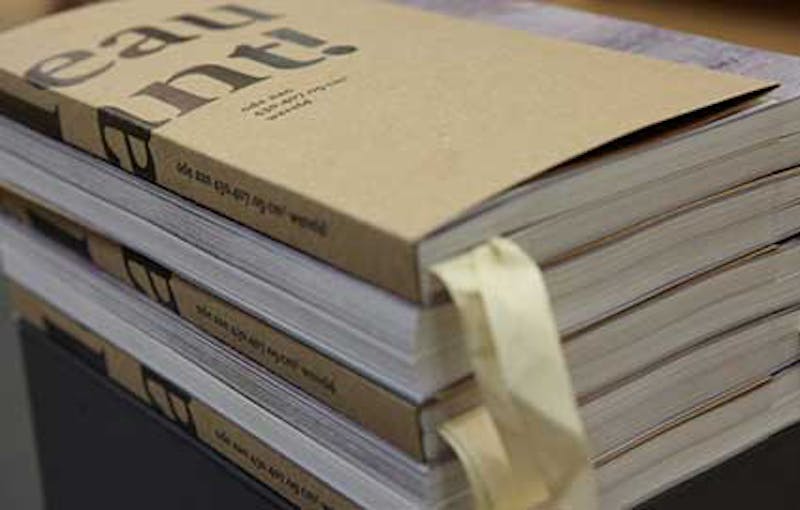